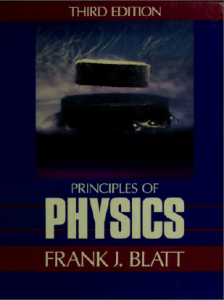 In preparing this third edition of Principles of Physics, I have been guided by
the many thoughtful suggestions of reviewers and numerous faculty and students
who have used the earlier edition. The new edition features a number of
important changes in both organization and content. However, the spirit and
philosophy of the book remains as before. It is, as were the previous editions, a
most suitable text for a one-year introductory course in physics for students in
the biological, environmental, and social sciences. The mathematical prerequisites
are again only algebra and elementary trigonometry, calculus is not
used. Like the previous editions, this third edition presents a comprehensive
account of physics, concentrating on fundamental concepts by emphasizing
physical reasoning with minimal reliance on mathematical crutches.
The aim of a first, and often only course in physics at the college level
should be to help students develop physical intuition and to teach them not
merely how to solve but, more important, how to approach new problems. To
this end, I have stressed the use of symmetry, dimensional analysis, and
conservation laws.
As every experienced instructor knows, a derivation of every important
relation without recourse to calculus is practically impossible. Hard as one
may try, one is occasionally forced to resort to the phrase “It can be
shown …” I have made every effort to avoid that lour deforce; in those few
instances (e.g., exponential decay of RC and RL circuits, and radioactive
decay) where a derivation of the time dependence cannot be accomplished
without recourse to calculus, I have made a special effort to show that the result
is physically plausible and dimensionally correct.
The overall organization of this edition is the same as that of the previous.
The following changes have been made. (1) The chapter on kinematics has
been divided into two parts: Chapter 2 is restricted to rectilinear motion;
kinematics in two and three dimensions is treated in Chapter 3. Consistent
with this restructuring, vectors and the discussion of vector addition is deferred
to Chapter 3, where these constructs are first required by the physics.
(۲) The concept of a potential function now appears initially in Chapter 8,
“Gravitation” and surfaces again in Chapter 1 8, “Electrostatics”. (3) Interference
of waves is introduced in Chapter 17, “Sound”. (4) The two chapters
devoted to electrostatics in the earlier editions have been combined into a
single chapter, as have the two chapters on steady electric currents and DC
circuits. The economies of these and other minor alterations allow the inclusion
of new material without significantly increasing the overall length ofthe
text. 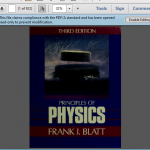 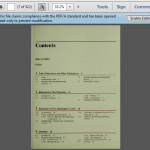