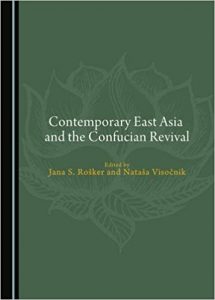 The so-called Confucian revival which came to prominence at the end of the twentieth-century, and which is manifested in the philosophical stream of Modern Confucianism, is one of the most significant elements within new Asian modernisation ideologies. By providing new insights into the culturally conditioned structure of Asian societies, this book contributes to the improvement of political, economic and cultural relations between Western and East Asian countries. Most classical Western modernisation theories have assumed that Confucianism would have to be abandoned if East Asia wanted to develop a dynamic, modern society, claiming that traditional Chinese culture was impervious or even inimical to modernisation. Max Weber s well-known thesis that the Protestant ethic was an essential factor in the rise and spread of modernisation represents a sharp contrast to the notion which has gradually emerged over the last two decades in East Asia, and which argues that societies based upon Confucian ethics may, in many ways, be superior to the West in achieving industrialization, affluence and modernisation. In order to examine whether the abovementioned Eurocentric views of modernity are still applicable, this book uses the presumption that modernisation represents a complex process of social transitions which include both universal and culturally conditioned elements as a starting point for its analysis.