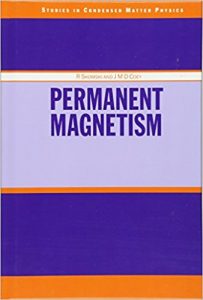 The 20th century has been the golden age of permanent magnetism. From the
feebly magnetic iron bars and horseshoes which amused Einstein as a child to the
multitude of rare-earth and ferrite magnets which are indispenable components
of so many products we take for granted in our lives, the energy stored by a
given magnet volume has leapt 400-fold. Permanent magnets feature in a huge
variety of domestic products from earphones, quartz analogue watches, shavers
and kitchen appliances to telephones, TV sets, microwaves and disk drives.
There are 150 permanent magnets in a typical home, including those decorating
the fridge. Another 70 may be found in a modern car. Industrial applications
include materials processing, waste separation, magnetic resonance imaging and
drives for robotics. The key to magnet development has been control of magnetic
hysteresis. Mastery of hysteresis on a microscopic scale has brought about the
miracle of magnetic recording for information storage.
In ancient China, permanent magnets— pieces of lodestone and steel
needles— were first used for geomancy and divination. Later came the compass,
first described by Shen Kua in 1088 and employed for open-sea navigation from
the 12th century. In 1743, Daniel Bernoulli had the idea to manufacture the
first horseshoe magnet, which became a symbol of postmedieval technology.
Horseshoes were made from carbon steel, but even with the better cobalt and
tungsten steels available early in the 20th century, large masses of metal were
needed to realize a modest magnetic performance.
The second third of the 20th century saw the arrival of the first two classes
of modern permanent magnets, alnicos and hexagonal ferrites. Ferrites have
a rather low magnetization, but they are so cheap to manufacture that today
they account for 90% of all permanent magnets produced worldwide. From
about 1970, interest has focused on high-energy rare-earth permanent magnets.
First came the Sm-Co alloys, but most rare-earth magnets are now Nd-Fe-B
alloys, which hold the record for permanent magnet properties. A few grammes of NdaFe^B are able to replace 1 kg of carbon steel; the development of
compact products such as personal stereos, laptop computers and cordless tools would have been impossible without them. Semi-permanent magnetic materials,
acicular particles of g-Fe203 and thin films of Co-based alloys serve to store data with ever-increasing density in reusable recording medi 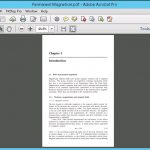 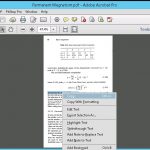